Siberian tigers (Panthera tigris altaica), also known as Amur Tigers, are the largest cats in the world, with some males reaching weights of over 660 pounds! The Siberian tiger has thick fur that is orange with black stripes, and they have white bellies and chests. Their tails are also very long – up to three feet! They live in Russia’s Far East, where they are protected in special reserves. The Siberian tiger is an endangered species; there are only about 500 left in the wild. We have gathered complete information on where do siberian tigers live and have tried to answer all question that you might have in your mind about the Siberian tigers habitat. In addition to their habitat you are going to learn about their biome, the climate, weather and temperature of their habitat, countries where they are found and the exact places where they can be seen in the wild

Where do Siberian Tigers live

The Siberian tigers live in the Russian Far East, in areas that are now part of China and North Korea.

They are the largest felines in the world, and they are only found in the wild in Russia. They once roamed across much of Asia, but now their range is limited to a few pockets in the Russian Far East. The primary habitat for Siberian tigers is temperate forest with dense cover and plenty of prey. 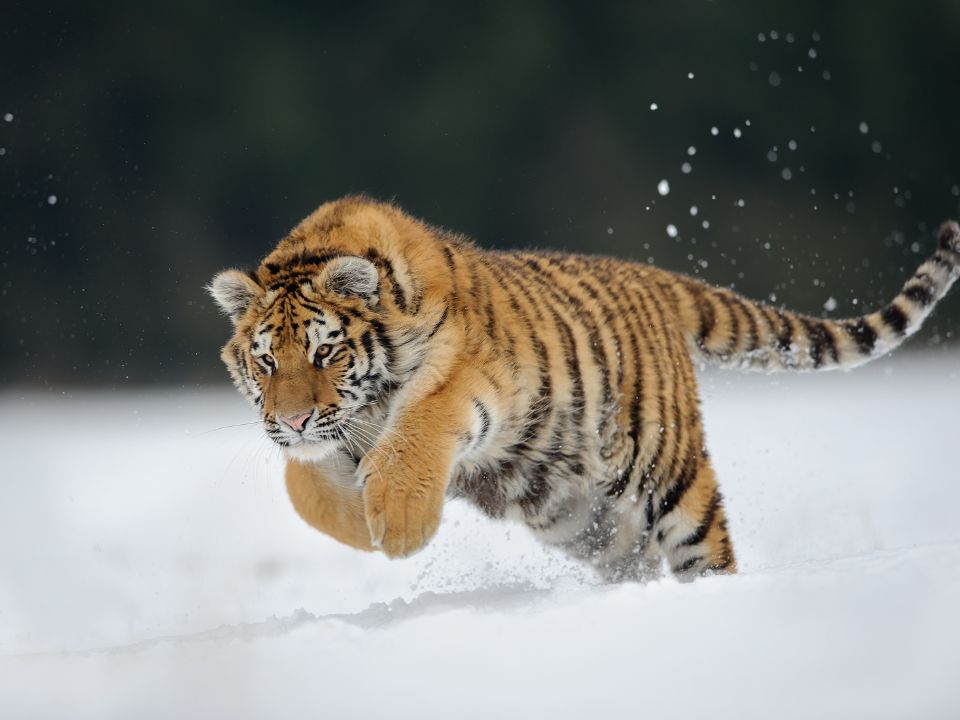 The Amur tiger population has been estimated at between 531 and 690 individuals living within its range, which covers parts of Russia, China and North Korea.  The tigers prefer to live in dense forests where there is plenty of cover and prey. They also need large areas of land to roam and hunt.

What Habitat do Siberian Tigers Live in

The Siberian tiger lives in a habitat that is as varied as its coat. These tigers can be found in the forests of Russia, China, and North Korea. They are also known to inhabit taiga forests, which are cold coniferous forests found in northern latitudes. The Siberian tiger’s diet consists mostly of ungulates such as deer, boar, and elk that are found in this habitat.

What Biome do Siberian Tigers live in Siberian tigers inhabit the forests of Siberia. The taiga is a coniferous forest that stretches across much of Russia, and it is here that the Siberian tigers make their home. These magnificent creatures are well-adapted to life in this cold climate, with thick fur coats that keep them warm in even the most extreme temperatures. The taiga is also full of prey for these predators to hunt, including deer, boar, and bear.

What Climate do Siberian Tigers Live in

Siberian tigers live in cold climates, with temperatures that can dip as low as -58 degrees Fahrenheit. They prefer to live in forests where there is plenty of prey to hunt, such as deer and wild boar. In winter months, when snow covers much of their territory, these tigers will make dens inside hollow trees or caves to stay warm. Because they live in such remote areas and their populations are so small (estimated at only 500-700 individuals), not much is known about Siberian tigers’ behavior or ecology. What Countries do Siberian Tigers live in

Where do Siberian Tigers Live in China

In China, Siberian tigers can be found living in the forests of Northeast China. These forests are made up of a mix of coniferous trees and deciduous trees, and they provide the perfect habitat for these large predators. The Chinese government has taken steps to protect this endangered species by creating nature reserves specifically for them. Thanks to these efforts, there is hope that the Siberian tiger population will continue to grow in China.

Where do Siberian Tigers Live in Russia

In 2005, there were an estimated 360 adult Amur tigers living in Russia’s Sikhote-Alin zapovednik (nature reserve), while a further 12-16 animals lived outside the park boundaries. A 2006 study put the number of breeding age females at 178 individuals. The Russian government has created several nature reserves specifically for the protection of the Siberian tiger. These include:

By protecting these areas and working to keep them free of poachers, we can help ensure that this magnificent animal does not become extinct.”

Where in Siberia do Siberian Tigers live

They live in the Russian Far East, in the Sikhote-Alin mountain region of Primorski Krai and Khabarovsk Krai, Russia.

The climate in this region is harsh, with long cold winters and short cool summers. The terrain is mountainous and forested. The taiga forests are dense with coniferous trees such as pine and fir, which provide cover for the tigers to stalk their prey.

Why do Siberian Tigers Live in Russia

There are several reasons why Siberian tigers live in Russia.

Where do Siberian Tigers Live Map